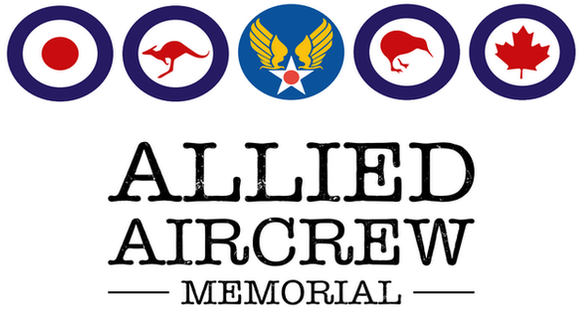 From 10.30am on the 9th September a dedication ceremony of the Allied Aircrew Memorial, is being held outside the Terminal Building at Guernsey Airport.

The memorial is in memory of 153 Allied Aircrew who lost their lives in Bailiwick waters, for our freedom; the average age of the airmen was 24. The names of the 139 casualties will be listed on plaques around the base of the structure, which will feature seven planes; a Boeing B17 and six Spitfires.

The half hour ceremony will involve wreath laying, the laying of roses by students from the Forest Primary School and Le Rondin, a piper, drummer and trumpeter. If the weather is fair then also a fly past by the Battle of Britain Memorial Flight.

The ceremony will be attended by The Bailiff and military representatives from the London Embassies and High Commissions of the USA, Australia, Canada, New Zealand, the Czech Republic and the British Embassy, France. All members of the public are most welcome to attend the short ceremony; it will be taking place whatever the weather and service personnel are invited to wear their medals.

A temporary car park has been arranged in a field signposted from Rue des Landes. The field is opposite the former Bathseda Baptist Chapel on the corner of Rue de L'Eglise and Rue du Mont Marche. A free shuttle bus will ferry drivers to and from the airport entrance from 0900 hours to 1200 hours.

Please be aware that the Airport forecourt will have restricted access, due to the large numbers of people expected to attend the event. Please click here to view maps and directions for passenger drop-off, pick-up, bus services, booked taxis, rank taxis and passenger parking.