A landlady from Scarborough took advantage of the leap year to propose to her partner aboard an Aurigny flight from East Midlands to Guernsey.

Tina Ramsden popped the question to Garry Naylor at 17,000 feet, mid way through their flight on Monday 29th February. Tina was delighted that Garry accepted. Garry told Aurigny: “Of course I did, I’d be daft not to.”

The couple have been in Guernsey for the past four days, visiting family and enjoying an early spring break. They met via mutual friends when Garry was living on the island. He asked Tina if she would go on a date and she agreed. That was more than five years ago.

Tina told us: “We’d talked about marriage before, but that was as far as it got. So, I took advantage of Aurigny’s flight to make things official. Initially, we were seated on either side of the aisle but the other two passengers swapped to allow us to sit together. Halfway to Guernsey, I decided that it was now or never.”

Garry and Tina now run The Hole in the Wall pub in Scarborough. They bought Tina’s engagement ring in Guernsey and their next move is to agree a wedding date. 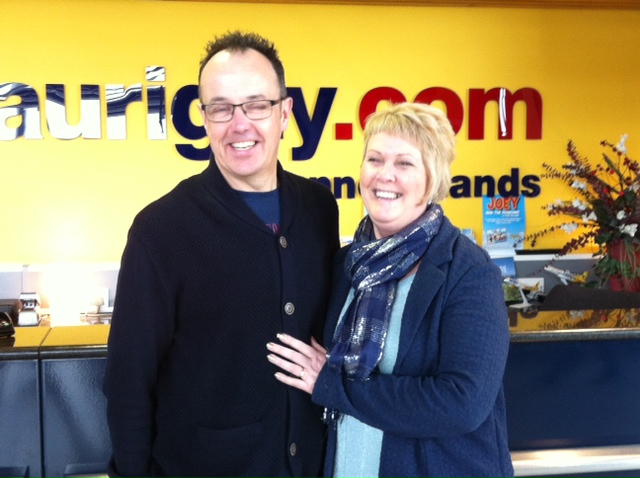